For more information about how the Empire State Building can satisfy your broadcasting and telecommunications requirements contact:

ESB Broadcasting at the 2014 NAB Show 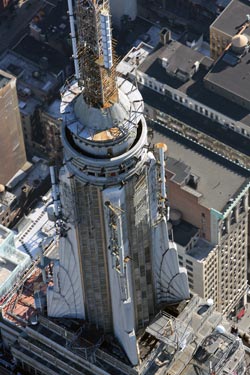 The Empire State Building ("ESB") has been involved in broadcasting since before the building was finished, with an NBC broadcast on Christmas Eve 1930. On ESB's opening night, May 1, 1931, NBC broadcast the RKO Theatre Over-the-Air from the 86th floor. Radio programs included NBC's Mobil Oil Concert Hour and WOR's Manhattan Melodies and The Microphone in the Sky. Television debuted when NBC sent its first experimental television signal from the top of the building on December 22, 1931 and in 1939, they introduced the first regular television broadcasts with the opening day ceremonies at the New York World's Fair. By the 1940s, Howdy Doody was broadcast, as well as other popular programs.

On July 25, 1950, New York City Mayor William O'Dwyer, RCA Chairman David Sarnoff and other dignitaries drove the first rivets into the base of ESB's broadcast tower.

Today, ESB does not look back to history, but rather forward into the 21st Century. ESB remains at the center of the New York Tri-State region's broadcasting operations. Our central location and strengthened technological backbone allows the delivery of broadcasting signals to cable and satellite systems and directly to television and radio receivers reaching over 7.4 million TV households representing over 6.5% of all TV households in the US. And it is not just television and radio … over 130 antennas provide a variety of point-to-point radio and data communications services to utility companies, telecommunications providers and public safety agencies.

We offer combiner and engineering space with security and priority access. ESB hosts endless combination of line-of-sight and centrally located height for a host of antennae location options, from our setbacks to the tip of our broadcast tower. We are state-of-the-art, from a clean, safe, and well run physical plant to a comprehensive power and RF monitoring system, to worker protocols to ensure compliance with law.

Empire State Building Broadcasting offers all technical facilities for radio, television, and point-to-point broadcasting to the New York, New Jersey and Connecticut designated market area (DMA) from our extensive broadcasting areas. Let us help you serve your customers and their needs. 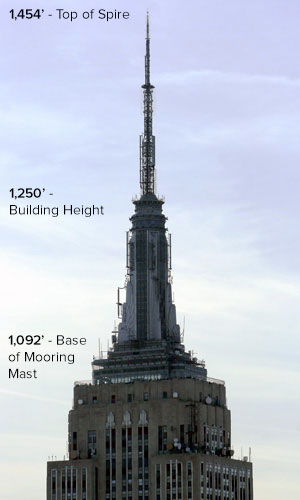 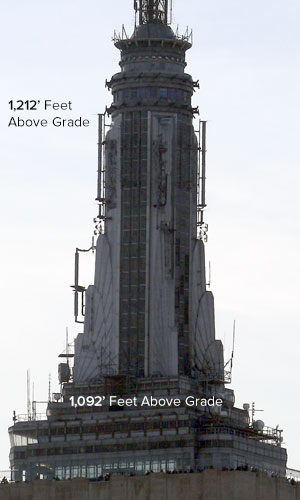 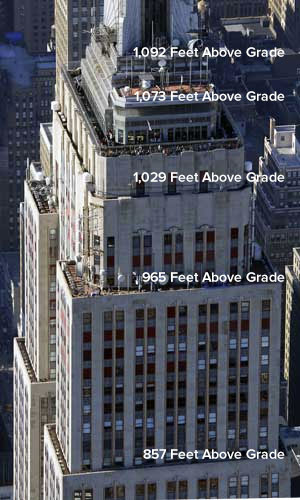