New York, NY, October 10, 2019 -- The Empire State Building (ESB) today announced the third phase of its top-to-bottom reimagined Observatory Experience, the newly renovated 102nd floor Observatory. Opening to the public on October 12, 2019, the 102nd floor will feature floor-to-ceiling glass windows where Guests can step right to the edge of the World’s Most Famous Building. 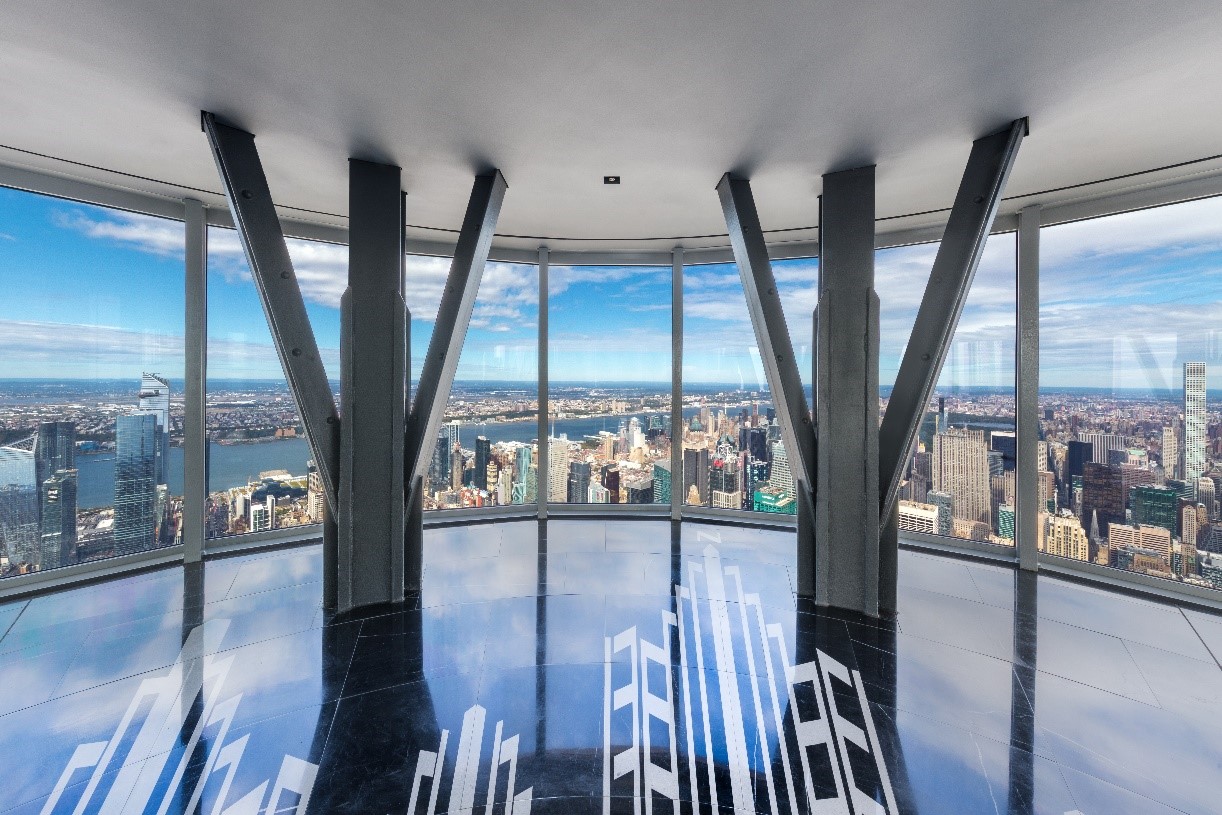 Guests experience their first “wow” moment when they enter an all glass elevator on the 86th floor. As they travel 16 stories through a newly-renovated glass shaft to 102, they will be provided a never-before-seen look at the inside of the tower’s mast and a glimpse of its world-famous tower lights. Once the elevator nears its destination, Guests get a sneak peek at the breathtaking views before stepping out onto the Observatory. Made up of 24 crystal-clear, eight-foot-tall windows, the 102nd floor is an enclosed, climate-controlled, all-weather Observation Deck allowing 360-degree views of the city and beyond from the heart of New York City.

Construction of the 102nd floor began in January 2019 within a state-of-the-art suspended “cocoon” — a circular scaffolding structure — the highest of its kind in New York. The cocoon allowed work to take place with no impact to Guests visiting the world-famous 86th floor Observatory. The design and structural work, which highlights not only the external views, but also the historical elegance of the original features, was conducted by a best-in-class team of experts including:

Stay connected on social via #ESBReimagined. To plan your visit, please visit www.empirestatebuilding.com.