Discover what makes the Empire State Building The World's Most Famous Building.

The Image of NYC

Standing at 102 stories and 1,454 feet at its pinnacle, the Empire State Building was the tallest building in the world for nearly 40 years after its completion. Today, it remains one of the world’s great towers and an unmatched architectural wonder.

Opened in 1931 on Manhattan’s Fifth Avenue, the Empire State Building is located in the heart of NYC. A testament to the power of American industry, the Empire State was the first building in the world to have more than 100 floors, and its steel frame was considered a modern marvel.

The building’s Art Deco design has inspired visitors from around the world. At nightfall, the 200-foot crowning spire captures the city’s gaze, illuminated by tower lights that dazzle with ever-changing combinations of color. It’s no wonder the Empire State Building is the most photographed building in the world. 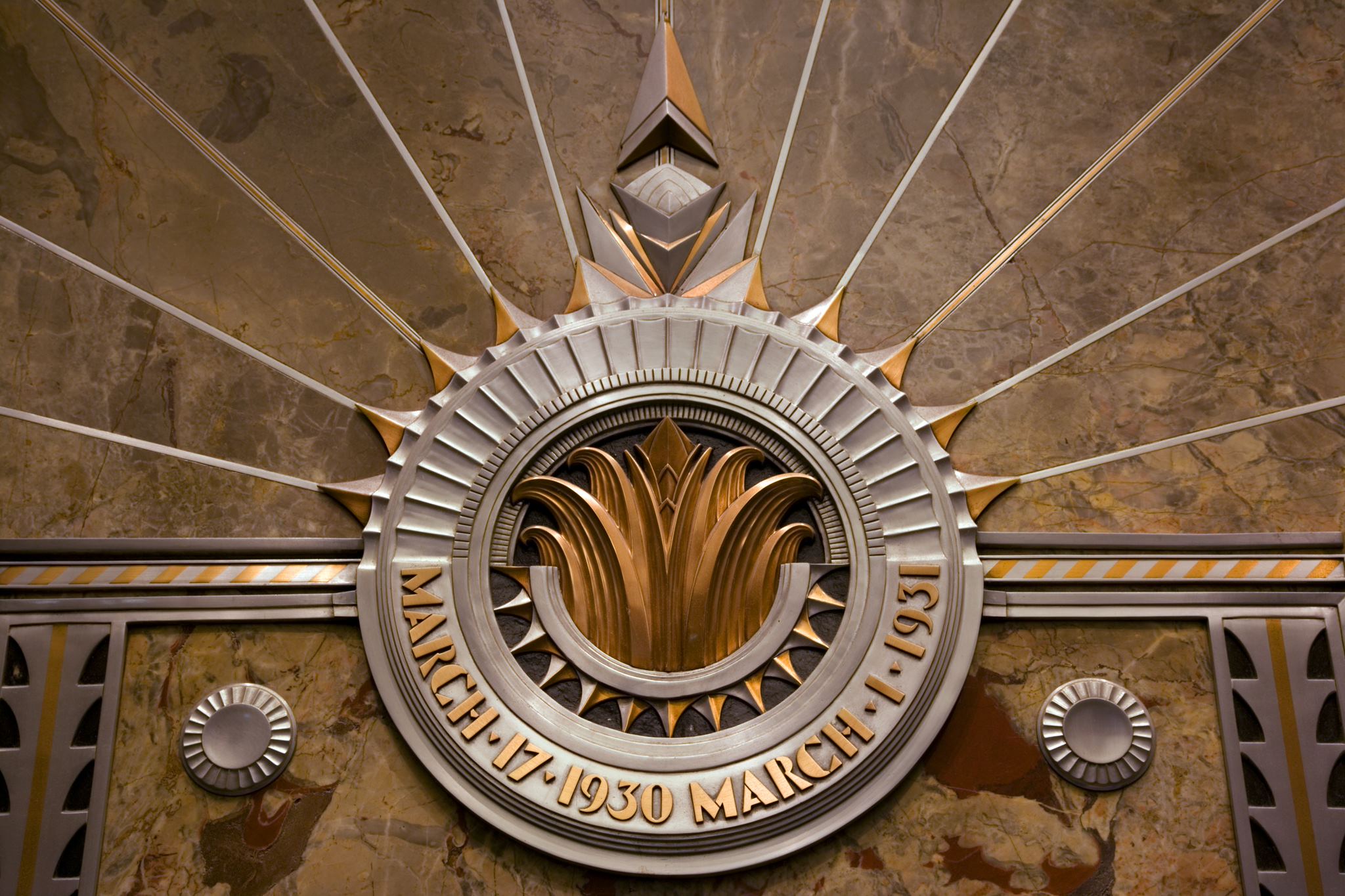 Millions of visitors every year travel through our Fifth Avenue lobby at the end of their Observatory visit. The revitalized atrium showcases the magic of art deco style. Shimmering starbursts and metallic touches gild the halls, elevators, and ceiling. It’s a true piece of New York history, and designated a landmark by the Landmark Preservation Commission. 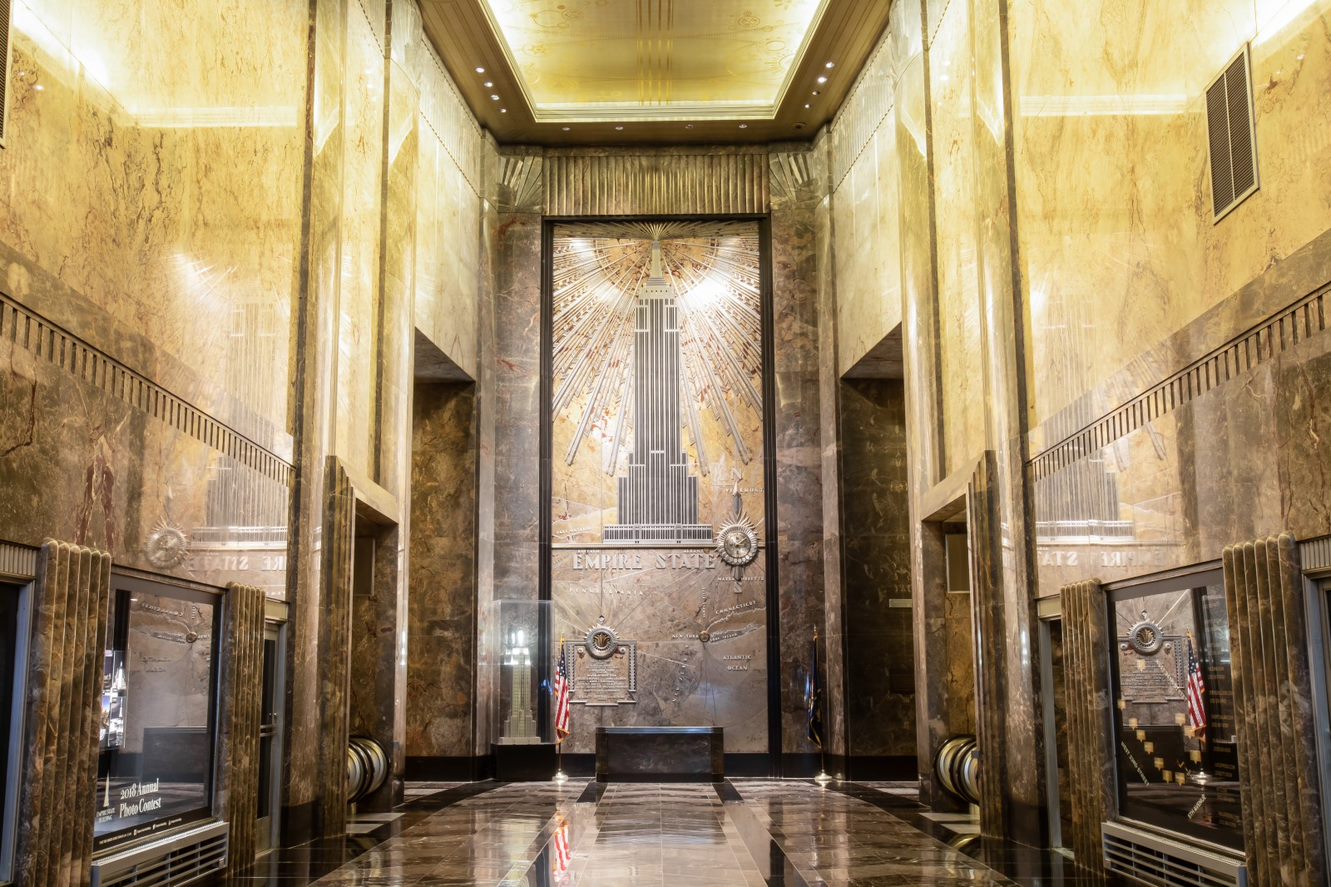 The Empire State ReBuilding initiative was launched with the goal of restoring the building to its original splendor, so that it could be preserved for generations to come. Every step of the way, the effort honors the vision of its designers and engineers nearly a century ago.

After nearly a century, many of the building’s key design elements, from the lighting and glasswork to the marble interiors, had weathered. As a result, some of these defining pieces were in danger of being lost.

Today, more than 12,000 feet of historic glassware has been recreated with meticulous attention to detail by a team of artisans and historians. Damaged marble has been removed and replaced with new stone. The result is an ESB experience that’s faithful to the history of the building.

Among the building’s most striking design artifacts is the vast mural along the ceiling of the lobby. It depicts a celestial sky in classic Art Deco style, adorned with 23-karat gold stars, sunbursts, and gears. For decades, it welcomed visitors to the building – however, in the 1960s, it was painted over and covered with a dropped ceiling.

In 2007, artists and historians began to recreate this mural in all its original brilliance. Two years, 20,000 working hours, and several thousand square feet of gold and aluminum leaf later, the lobby ceiling once again captivates visitors as it did on the building’s opening day.

Learn more about our efforts in sustainability.