New York, NY, November 13, 2018 – The Empire State Building today announced a new way for the public to be part of its annual Thanksgiving lighting. From Tuesday, November 13, until Friday, November 16, fans can visit http://esblighting.com/ to choose from a cornucopia of colors and dynamic effects, including a turkey projected through the mast and falling leaves, to design their dream lighting. To participate, entrants must submit their creation through the website and post it on their social media channels with the hashtag #ESBLights for the chance to have one winning design light up the New York City skyline. 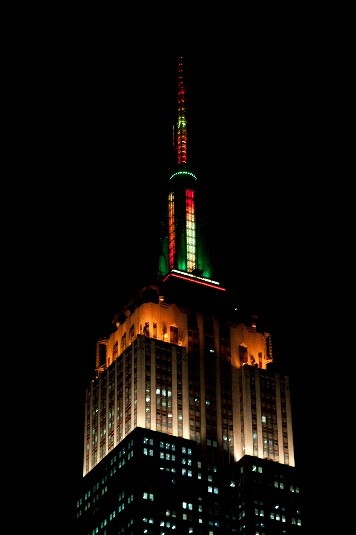 “Every day the Empire State Building receives countless requests from around the world to light our world-famous tower in an array of colors for organizations and holidays. This Thanksgiving, we’re giving the power to our fans. Show us your creative chops, and maybe you will see your design in lights,” said Anthony E. Malkin, Chairman and CEO of Empire State Realty Trust.

The winner will be announced on November 22 on the Empire State Building’s official social media channels, and the lighting, implemented by renowned lighting designer Marc Brickman, will be livestreamed via Facebook and Instagram. For the official rules, please visit http://esblighting.com/.