The Fifth Avenue lobby is one of the few interiors in New York to be designated a historic landmark by the Landmarks Preservation Commission. In 2009, 18 months were spent restoring its aesthetic to the original 1930 design - it only took 13 months to build the entire building!

Highlights of the lobby include the Art Deco inspired ceiling murals—in a homage to the mechanical age, planets and stars are rendered as an assembly line of gears, brought back to life in 24-karat gold and aluminum leaf—and, on the wall above the front desk in the Fifth Avenue lobby is one of the most famous images in New York City, a depiction of the building itself with beams of lights radiating from the mast.

The landmarked lobby is now the finale to the Empire State Building experience. 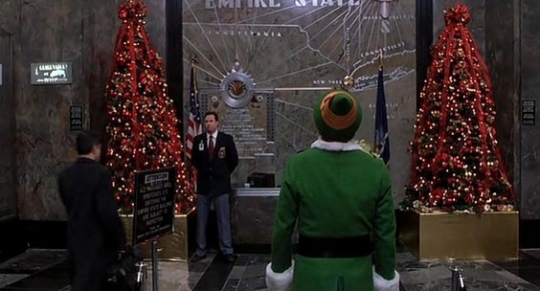 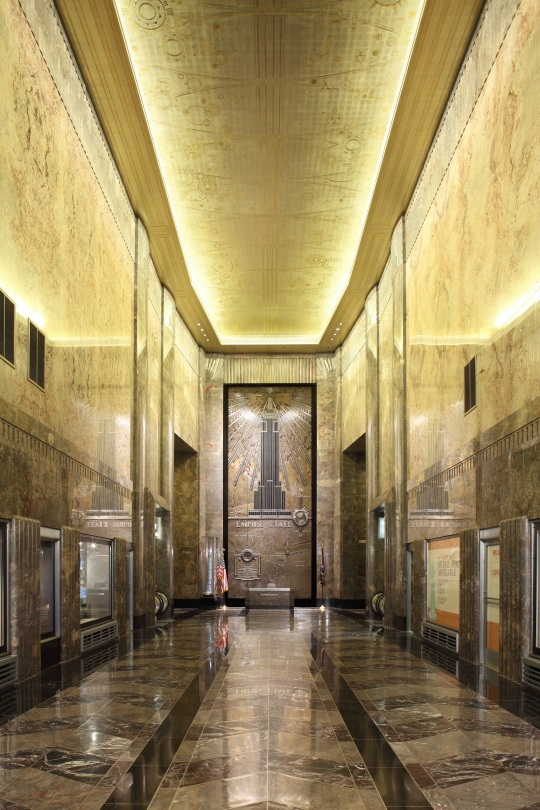 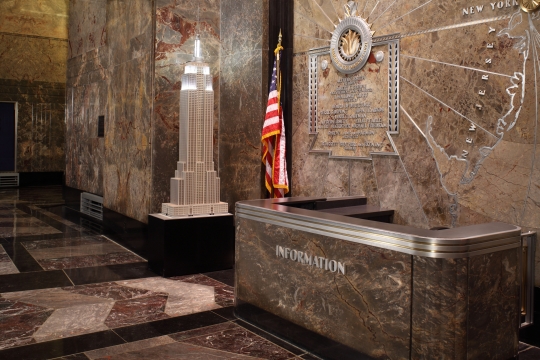 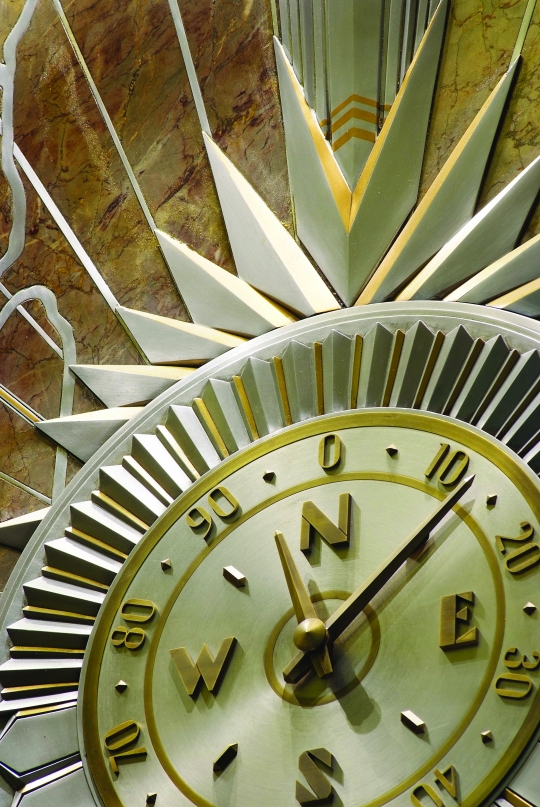 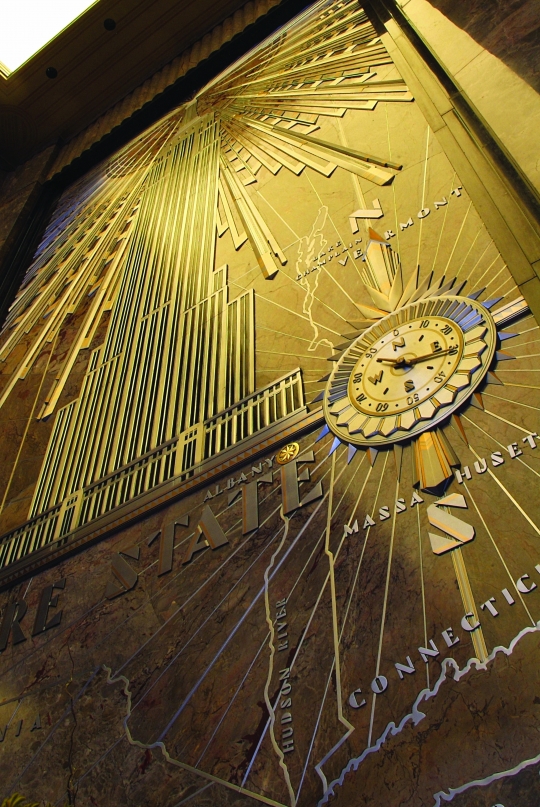 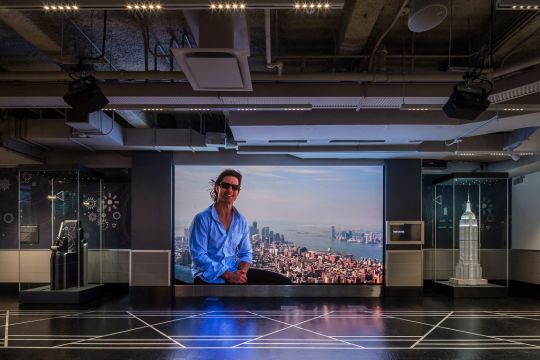 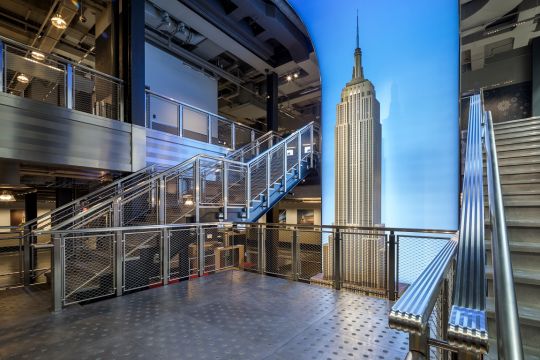